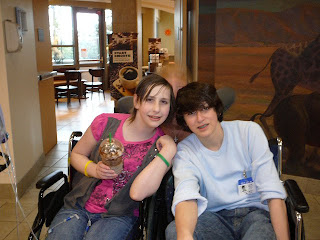 When we hear about something bad that's happening to someone else we may feel sad, we may sympathize with them, we may wish we could help them, but how many of us would actually decide to do something about it? And what if that person was almost a complete stranger?

When Jacob Johnson heard about Rhema Butler, a girl who was the same age as he was and who was suffering from a rare form of cancer, he decided he had to do something. It didn't matter that he was only fourteen or that he had just met Rhema. Together, he and Rhema founded Rhema's Reality, a non-profit organization to raise money for childhood cancer research.

Here, in his own words is what happened.

I met this amazing teen at Rocking for Rhema, a fundraiser for Rhema's Reality. It was a well-organized event that featured local bands, local businesses, and community members, coming together to raise money for cancer research. Sadly, just a few days before this even, Rhema had lost her battle with childhood cancer.

You can also see more about Jacob and Rhema's journey together at the Rhema's Reality youtube channel.

Jacob is a great example of everything that's good in kids and teens. He saw something that was hurting his friend and he did everything he could to make it better. He didn't let anyone tell him he was too young or that it was too hard to make a difference. He just did it.

Thank you Rhema for leaving behind such an amazing legacy. Thank you to Jacob and everyone who has helped him with Rhema's reality. You are a wonderful example of the great things that teens or anyone else can do when their heart is in the right place. 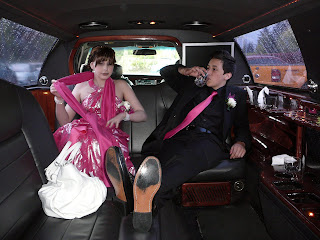