Vetran's Day Tribute, Kids and Teens Who Have Served Our Country

When I was thinking of my "Teens Doing Great Things" post in relation to Veteran's Day, it occurred to me that there have been a lot of kids and teens who have served in the Military at a very young age. History is full of kids in their teens and younger who have served their country during times of war. Many lied about their age so they could be soldiers. Many of those child and teen soldiers paid the ultimate price.

I did some Internet research and here's a sample of what I found:

John Kitts (joined the Continental Army) in 1776, when fourteen years of age, he was a member of the First Pennsylvania Regiment of the Revolutionary War. (He died at the age of 108, and was possibly the last living Revolutionary War Veteran.)

Timothy Batchelder, a lad of eight summers, watched weary soldiers march by his Allenstown, New Hampshire home.... The beat of the drums had charmed Timothy long before now, but today it made him pulse with excitement. Yes, Timothy was a very real boy and his name is on the War of 1812 muster rolls.
--War of 1812 Drummer Boy: Timothy Batchelder Off to War and Still a Child

Civil War
An 11 year old who was awarded the Medal of Honor during the Civil War. The official citation notes his birth date. There are records of boys as young as 7 serving in the Civil War. 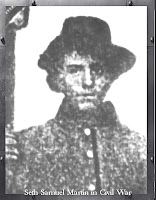 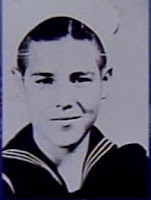 The youngest US serviceman in World War II was 12 year old Calvin Graham, USN. He was wounded in combat and given a Dishonorable Discharge for lying about his age. (His benefits were later restored by act of Congress). World War II Facts

In researching for this blog I came across the story of a young Iraqi who most likely lied about his age so that he could serve with the United States Army as an interpreter. He made that decision after al-Qaeda came to his school and killed two of his best friends. He decided he wanted to make a difference for his country. This brave teen reminded me of the young men and women in American history who lied about how old they were so they could fight for their country. You should read the whole story. Here's a link to the Washington Post article, "As U.S. troops leave Iraq, an officer honors the memory of a young interpreter"

An Inadequate Thanks
Even now many of our men and women in uniform are young. Seventeen-year-olds can enlist in the Military, but they're not supposed to go into combat until they're eighteen. Whatever the age, I'm grateful for the service of all of our servicemen and women. I live near Joint Base Lewis McChord so I know a lot of military families. I've attended a memorial service for a soldier killed in Iraq, the husband of a dear friend. These experiences have given me a glimpse into the sacrifice our soldiers and their families make.

I belong to Soldier's Angels, an organization that offers programs to support our troops, like adopting a deployed soldier who could use some mail. I would encourage anyone who's interested in supporting our troops to participate in Soldier's Angels or other programs like it.

As a teen I got to put a wreath on the Tomb of the Unknowns in Arlington National Cemetery. The feeling and reverence at that sight is undeniable and indescribable. Although there is no way I could adequately say thank you to all of those who have served and are serving our country, whatever their age, I hope they understand that I am grateful.

Posted by Jennifer Wolf at 9:02 PM