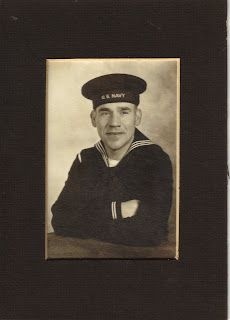 Today we honor veterans of past wars and those who are currently serving our country. I live about twenty miles from Joint Base Lewis McChord, a combined Army/Air Force Base, so I have a lot of military friends. I've seen a little bit of the sacrifice those in the military and their families have made for this country.

That sacrifice hit me hard nearly seven years ago when my friend Riika lost her husband, Bill in Iraq. Riika and I worked together in the Primary, the children's organization in our church. Before he was deployed Bill had been the Sunday School teacher for the nine-year-olds. Riika and Bill had four children, almost the same age as mine. Before Bill was killed , I thought I understood a little of the sacrifices of war, but I really didn't. Even now I don't. Even now I forget.


I've thought a lot about how I could teach my kids about war and about appreciating the sacrifices that have been made for their freedom. I never want them to have to experience war first hand, but I don't want them to forget that their freedom was purchased at a very high price. I don't think they're going to learn about war and sacrifice by playing games like Call of Duty where there's always a reset button. 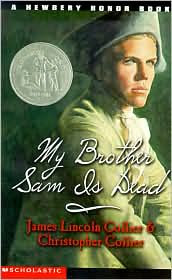 When my son was in fifth grade he read "My Brother Sam is Dead," as part his study of the American Revolution. I decided to read it with him. At first I was horrified that my 11-year-old was reading something that was disturbing and violent to me, but as I finished the book I realized that my understanding of the cruelties and sacrifices of war had increased. I didn't live the life of the colonists during the Revolutionary War, but somehow I felt like I understood them better. I appreciated more what our forefathers had to survive so we could have the freedoms we have now. 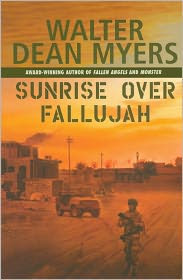 This is the power of books. More than any other media, books give you the chance to get inside a character's head and experience what they have experienced. Since "My Brother Sam is Dead" my son has read, "Fallen Angels" by Walter Dean Myers, about the Vietnam War, and I have read "Sunrise Over Fallujah." My daughter is currently reading "Riffles for Watie," as part of her study of the Civil War. All of these books paint a real picture of what war is like for the men and women who fight them.


When I Googled children's books about war I found a long list, ranging from "The Butter Battle Book" (Dr. Suess' critic

ism of the Cold War), to "The Diary of Anne Frank," to "Across Five Aprils" to Eve Bunting's "The Wall." Each of these stories gives the reader a chance for deeper understanding about the sacrifice of war and how it effects the people fighting, the people who are living with war, and those left at home.

As part of your remembrance this Veterans Day. I encourage you to take the time to read books and stories that will help you and understand the sacrifice of our men and women in uniform. Share them with your kids, at whatever level they're ready to receive them. If we or our children forget the sacrifices, the consequences, and even the mistakes of war, then we may have to repeat them.

While you're at it, thank a Veteran for fighting for our Freedom of Speech, so we have the opportunity to read these stories, both the good and the bad.

Thank you to Bill Jacobsen and your wonderful family for your sacrifice. Thank you to my Grandpa Kenneth Clayton Shaw (pictured above) and my father-in-law, Bob Wolf. Thank you to Remi Harrigton, Nathan Tiemeyer, Charles Spieth, their families and all the other men and women who are currently serving our country.

Posted by Jennifer Wolf at 9:48 AM