I am a Writer 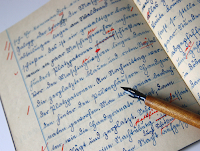 First let me apologize for being lax in getting my blogs up. I have the usual excuses, I've been sick, my kids have been sick, I had a big video project due...yadda yadda yadda. I actually have been blogging. I was working on a post about teens and grieving following the death of a senior at our high school. I couldn't get it right, and I didn't want it to be a rushed post. I decided to shelve that one for a time when the emotions aren't so raw.

The title for this post came from two things. First was from a class that Liz Adair taught at my ANWA retreat. The class was called "Finding Your Inner Matryoshka." Unfortunately I wasn't able to fit in every single class so I didn't get to go to that one, bu

t I heard it was wonderful. I was happy when she put the gist of the class on her blog. The blog talks about the different stages of being a writer as compared to a Matryoshka, (a Russian nesting doll). It is an excellent post, I suggest you read it.

At the end of our retreat, some of members of the group stood up and said, "I am a writer." I thought that was great, but maybe a little superfluous, after all, we were at a "writer's retreat," isn't that the same as admitting you are a writer?

I don't think I got it until last week. I was sick, my kids were sick, I was struggling with revisions and keeping up my blog, and my house, and trying to finish my video project, and I started to wonder if all this writer stuff was worth it. The black cloud of doubt crept into my mind and that little voice inside my head started in on "What were you thinking? You can't be a writer." and "You don't know how to do this?" and "Who is ever going to want to read what you write?" Anyway I have reiterated it over and over on this blog, but I'll say it again...

It's a lot of time, a lot of commitment, a lot of sacrifice, and especially if you want to be published it's a lot of frustration and rejection. AND you may never be published and then no one but your mom/husband/sister/dog/bird will ever read what you have written. Or so I thought...

Then I got this e-mail:

Hi Ms. Wolf - My name is Dwight Jackson and I am currently an editor at English Weekly. English Weekly is a newspaper in mainland China for student who are learning English (the largest of its kind in China). I am in the process of starting a website with content for our readers that is more than grammar exercises. I want to bring fun into the learning equation. I also want to give them some American culture that they don't get from movies or state run TV. Thant being said, I saw the blog post written by your sister about the Juvenile Diabetes walk. It's great. I think its perfect for the site. 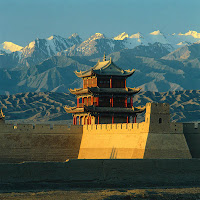 This e-mail made me realize two things: 1) Because I blog, people are already reading my writing. (And not just any people, people from the other side of the world!)

It's kind of a scary/cool/weird feeling to realize something I posted is/was/will be read by people outside of my little corner of the world. Okay, yes I realize that Mr. Jackson was talking about something my sister wrote (thanks K), but still...

I already have an audience, and it doesn't matter how big or small it is as long as something I write helps/touches/affects someone else. That's why I decided to be a writer in the first place. That's why I write. And that's why I'm THRILLED that Chinese students can read about REAL American teenagers doing good things because of something I posted. It's not necessarily something you would find on a television show, in a movie, or on the news, but it happens A LOT. (I have a stack of "kids and teens doing great things that I'm trying to incorporate into this blog and I would love to have more.)

I'm proud to say that my sister's writing and my blog were able to touch (even in a little tiny way) the perception that people on the other side of the world have about teens in the United States.